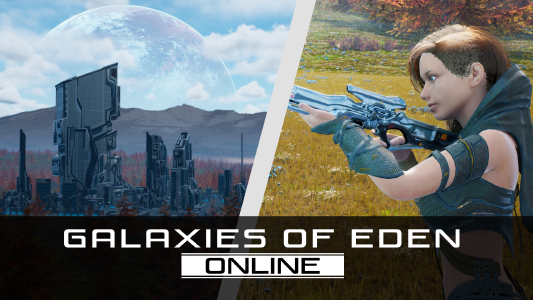 Galaxies of Eden offers a unique and innovative approach to MMO genre — a massively multiplayer online game that promotes social interaction among players.

MIR Cybernetics Corporation wants to create a modern MMORPG where you can customize your avatar to your heart’s desire, build and populate player cities, grow your server’s community, adventure and socialize with other players.

Social Gameplay – Every play style is interconnected to each other. Players will have to socialize, cooperate and form friendships to succeed in this game. Community building is the one of the main pillars of Galaxies of Eden. Players will be able to become intergalactic diplomats and lead their server’s destiny through elections, and vote on matters such as overall taxation levels of their servers.

Character Customization – MIR Cybernetics Corporation has developed a novel system for character customization, players will be able to utilize more than hundred parameters and create the avatar of their dreams.