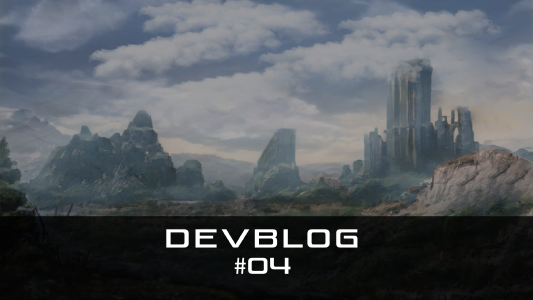 We’ve been working hard on setting up the back-end systems for public tests and have recently finalized our Launcher. We’ll keep marketing efforts to a minimum until Pre-Alpha tests can commence. For now, we’re going to provide shorter monthly updates on the development progress and focus on fleshing out the lore of the Galaxies of Eden.

In this update, we will discuss the setting and the lore of Galaxies of Eden and show the finalized Launcher.

Here is a list of topics we will cover in this development update. Feel free to click on any of them to quickly skip to topics that catch your eye:

Galaxies of Eden takes place in a universe filled with life and chaos. From the smallest organisms to the mightiest empires, life is everywhere in the galaxy. Even though life is abundant, only very few species are capable of achieving space travel, and even a lesser amount are capable of interstellar travel.

Interstellar Travel is mostly achieved by utilizing the available Star System Gateways. These vast structures connect the star systems, and allow the passage of spaceships and resources. Gateways are the most important structures in the galaxy as they allow faster than light travel and make interstellar commerce possible.

Construction and maintenance of Gateways require an immense amount of materials and multigenerational work. Thus, only the most powerful empires have resources to build new Gateways. Vast majority of the Gateways were constructed by old civilizations that have long-gone and disappeared to dust. Ownership of these Gateways are a huge blessing to the economy of an empire, thus they are often hotly contested during the various interstellar wars.

For this reason, the galaxy is divided among families of star systems, each dominated by an empire with its own central Gateway. It isn’t unusual for these empires have skirmishes with one another to maintain control of their region of the galaxy.

Although Gateways allow secure travel at large distances, travelling from a Gateway to the nearest planet is often more perilous and unpredictable. Traveling from Gateway to the nearest planet can take time, sometimes weeks or even months. Thus, leaving a home planet is not a trivial adventure for many — it is often a matter of life and death. There are countless dangers lurking in the depths of the space: pirates, slavers, corrupted A.I.s, hiveminders, alien parasites, and other nightmares that many wouldn’t think were even possible… Thus, most of the galactic citizens spend their entire lives on the comfort of their home planets. 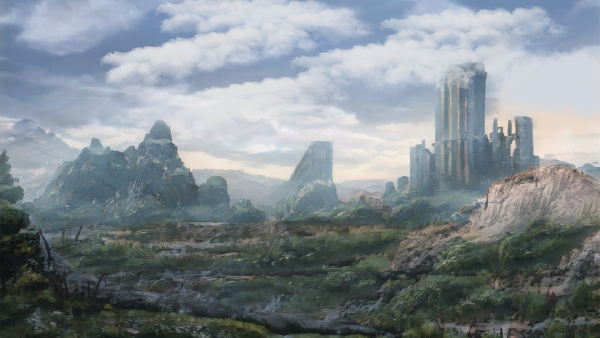 The more remote you get from an empire’s seat of power, the more dangerous it is. Nevertheless, empires require constant inflow of resources and materials from outer star systems and hence a vast population lives at remote mining colonies and other strategically important planets. These frontier worlds are usually underdeveloped and often feature daunting physical and natural dangers. Perils such as hostile environments, radiation, disease and poisonous creatures are commonly found.

Local governments, if any exists, usually look for outside help to deal with these dangers. Adventurer Terminals offer a reward for anyone who can rid the planet of these hazards, and people who willing to take up these challenges are mostly called as Adventurers.

The Milky Way Galaxy is a vast place, with untold possibilities to explore. Humanity have recently discovered the Gateways and gained the knowledge of interstellar travel. With this newfound freedom came greater potential — and humans have started traveling to other planets and creating colonies. However, their use of the ancient Gateways made themselves known to the rest of the universe, and drew unwanted attention.

Earth and all of their colonies has been destroyed under the crossfire between two major galactic empires. Human race is extinct for all purposes, and any hope of restoring human civilization is long gone. Now, the last remnants of humanity are settled into planet Esnan as refugees, and they have to scavenge daily to survive.

We are aiming to make Galaxies of Eden’s setting to be closer to hard science fiction, with a focus on political intrigue and brutal realism.

Most of the gameplay will focus on frontier planets that are full of danger and adventure, while the overall story will be dictated by the ongoing conflict between various empires.

We are hoping that this setting will let players experience the dangers of frontier planets, while allowing us direct the overall setting with the actions of the interstellar empires.

There is still so much to talk about Galaxies of Eden’s lore. We will continue to expand the lore with each development blog post!

Most of this month’s work went into the launcher development! (Yay…)

Although it is a small and boring part of the MMORPGs, operationally it is an extremely important part of the game.

MMORPGs require constant / immediate updates and these updates shouldn’t depend on any of the third-party storefronts. Hence, almost all the MMOs require a launcher to provide game updates as quick and painless as possible.

We’ve built a hybrid peer to peer / centralized architecture to achieve this goal.

This hybrid architecture will let us considerably reduce the cost of updates and make the delivery process more stable and easier to manage.

We’ve also implemented a chunk based approach to updates to keep the patch sizes to a minimum.

On top of that our entire authentication scheme is based on tokens. Hence, launcher will remember you for a while, and you won’t have to bother with pressing login button at all times.

Unfortunately developing a complex launcher took longer than expected, at least finally we got it, and we can move into other matters!

Although UI requires some polish, back-end logic of launcher should carry well into the full release. For those of you who are crazy about MMORPG launchers (whoever/wherever you might be), here is our launcher in its full glory: 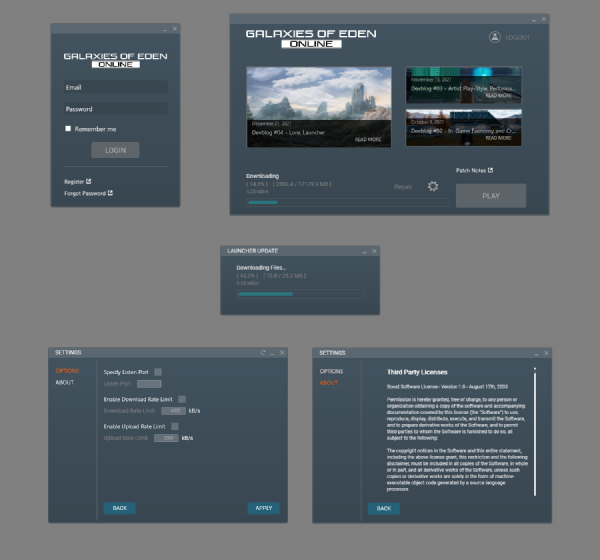 We hope that our blog post has given you a brief introduction to the lore of Galaxies of Eden. We can’t wait to hear your feedback on the lore and overall story direction!

We will continue to build upon these ideas and keep expanding this rich sci-fi universe in the upcoming development updates.

It’s the end of the year, and we would like to thank everyone who read our blog posts throughout the past year, and hope you have enjoyed them! We can’t wait to show you what we have in store for you in next year!

We wish you all a happy new year! We will see you in 2022. Until then, have a wonderful holiday season!