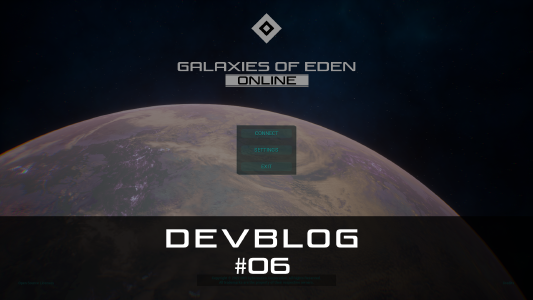 It has been a while since the last development blog, but we’re finally back with another blog post!

Although we’ve been actively developing the Galaxies of Eden, we had to lower the amount of marketing efforts significantly and shift all our resources toward getting the public Pre-Alpha tests ready.

Unfortunately, this meant that we had to pause the development blog posts for a while. But now it’s a good time to give you a quick update on the progress we made so far and keep you updated on the future development efforts.

Here is a list of topics we will cover in this development update: 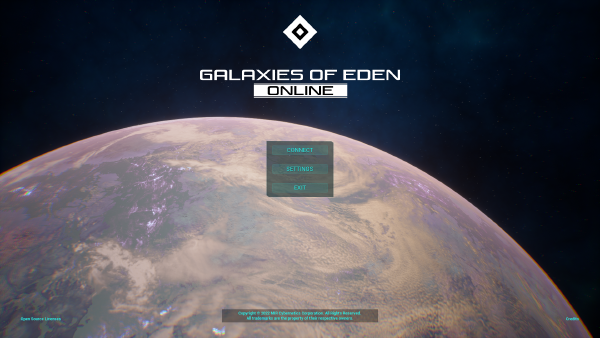 All of our resources have been focused on transitioning our server and client infrastructure from development to production.

As some of you might know moving development code to production can be challenging, but thankfully our continuous integration and continuous delivery (CI/CD) pipeline worked beautifully and we were able to deploy critical bug fixes to production in a matter of minutes.

At this point we’ve moved almost everything to a publicly accessible production environment:

From this point on, we will keep all the code on production and let Game Client and Server be publicly accessible to further stabilize them.

One major challenge we faced with player owned housing was getting the lighting to look correct at different times of day, but Lumen made that much easier. Now we can create even more immersive and realistic environments inside the player structures.

We believe Unreal Engine 5 is a great fit for our project. It will allow us to create an immersive and realistic world, once we scale up our artistic resources post-funding.

As we are a small indie company, we don’t have access to large scale QA operations. However, testing the Game Client on different computer configurations is crucial to provide an enjoyable user experience.

To this end, we’ve been conducting small-scale public tests of our infrastructure since August. Now we’re ready for more comprehensive tests with a wider audience.

The goal is to get as much feedback as possible from interested players to improve the game before we release the Pre-Alpha to the public.

You will be able to join the stability tests by using the code shared in the Discord Community:

Please note that you need to be a member of our Discord Community to see the access code.

To get started, simply enter the code in the “Overview” tab at our Account Portal. Afterwards download the MIR Launcher from “Download Products” section, and then you are ready to participate in the production tests. 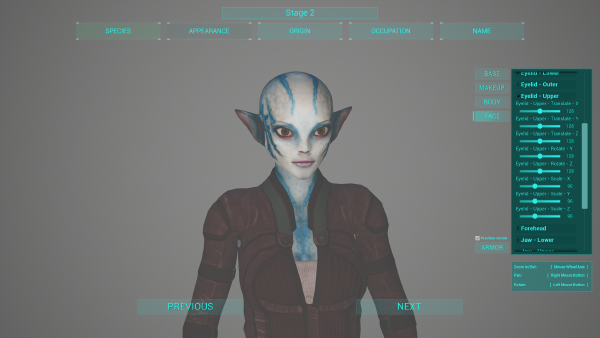 Please note that these small scale stability tests are not intended to be fun but to allow us find and fix major bugs on various computer configurations.

It might be a good idea to wait until Pre-Alpha tests to have a more enjoyable experience. However, if you want to get a closer look at the development progress and help us along the way, you are welcome to join the stability tests.

We will conduct two more stability tests before the Pre-Alpha is ready.

Next stability test will allow players to walk & talk on the planet Esnan, and allow us to stabilize navigation and chat systems.

Final stability test will focus on the skill systems before we officially launch the Pre-Alpha.

Although marketing efforts were silent for a while, we made significant progress on developing the systems needed to run our indie MMO.

We are thrilled to see the game come together, and we are looking forward to sharing it with everyone.

We apologize for the lack of development blogs. They’ve turned out to be more resource intensive than we expected them to be. Thus, we will keep marketing efforts to a minimum until we can scale up our development resources.

Nevertheless, most of the development progress will be kept visible through the publicly accessible stability tests.

So, if you’re feeling impatient and just can’t wait for the Pre-Alpha, it might be good idea to join the stability tests. However, please keep in mind that these tests are not even Pre-Alpha, and we’ve got a long way until the release.

Thank you all for your support and patience.